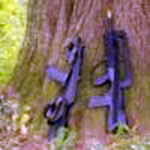 Arizona Shootings and the Death Penalty, Plus Gun Control discussions

Scott Weinberg explains why you need to know what your Miranda Rights are, and the wisdom of not saying anything. Also, Scott speaks with both the prosecutor and the defense attorney in the Frances Dingle case.

Scott Weinberg examines Michigan laws on teens with Wayne County Assistant Prosecutor Lora Weingarden and finds out how Gubernatorial candidate, Rep. Peter Hoekstra, plans on bringing jobs back to Michigan. Plus, the Kwame saga comes to an end and Attorney Joe Rogowski speaks on property taxes.

Scott speaks with Wayne County Prosecutor Kym L. Worthy about the cases against Jason Gibson and Kwame Kilpatrick. He also examines some of the crimes taking place inside nursing facilities with Jules Olsman and talks with WDIV Channel 4 crime reporter Paula Tutman about her latest novel.

Due to some recent headline-making criminal cases, Scott explains different types of assault, including some you may not be aware of. Then, a family attorney explains what to do when your ex-wife tries to hold your medical marijuana use against you in court, and a look at some really stupid crimes.

Scott examines Michigan’s new anti-smoking laws, and Detroit’s national image problems. Plus, he has a conversation with PRI’s Celeste Headlee, and a judge, Brian MacKenzie, about his interesting idea to help kids testify in court.

Scott welcomes back Geoffrey Fieger, the famed attorney who represented assisted suicide doctor Jack Kevorkian, to talk about his career, memorable cases and the new HBO movie about Kevorkian, “You Don’t Know Jack.” Plus, social security and disability advice, and how far will you go to protect your rights?

On this show, Scott Weinberg examines the current economic climate, where bankruptcy has become an unfortunate reality for many Americans. He interviews a prominent bankruptcy attorney about steps you can take to avoid bankruptcy and keep your homes. He also provides an update on the case against former Detroit Mayor Kwame Kilpatrick.

In the wake of breaking-news stories involving the Hutaree segment of Michigan’s Militia members, Scott Weinberg interviews Lenawee County Sheriff Jack Welsh in this week’s episode. He also discusses the passing of the Michigan medical marijuana law and examines how the retirement of John Paul Stevens could reshape the Supreme Court.

Scott discusses the legal side of divorce from the man’s perspective, with Douglas J. Wartell, founder of American Divorce Association for Men (ADAM). Plus, attorney Leon Weiss, and the power of the prosecutor.